For the past eleven years Cindy Hardgrave, Dardanelle ADC Site Manager, has had a vision for the local Christmas parades that take a winning team to execute. She begins planning and designing early in the year, relying on the strengths of those on her team to bring the vision to life and 2022 was no different!

The “Bostbusters” float featured Slimer, the Sta-Puft Marshmallow Man, and 4 Bostbusters with proton packs, among other elements. It took the team around six weeks to assemble everything on the borrowed trailer. Rhonda Jones made Slimer from paper shred, file folders, trash bags, and paint. The proton packs were made by Cindy’s son with cardboard and Dollar Tree finds and he used a 3D printer to make the gun. Others on the team drew, painted, glittered, and assembled to bring the float to life!

The floats are judged before the parade, and this year took longer than usual as there were so many floats. While waiting for the results, Cindy had to step away to help her son with his costume and she came back to find they won First Place in the 2022 Russellville Christmas Parade, which is known as the largest lighted Christmas parade in Arkansas!

You can bet Cindy already has a few ideas for next year and we can’t wait to see what she and her awesome team create! 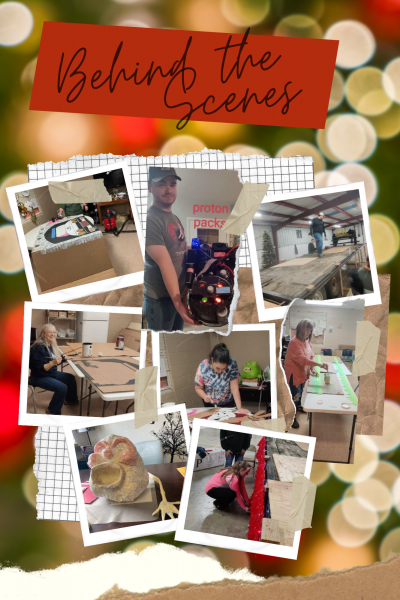